EIRNS—On Dec 10, one of India’s indigenously-designed and built pressurized heavy water reactor (PHWR), Kaiga 1, located in the southern state of Karnataka, broke the record for running continuously by remaining in operation for 962 days. The previous record holder was unit 2 of the United Kingdom’s Heysham II plant, an advanced gas-cooled reactor (AGR) which had completed an unbroken 940 days in service when it was taken offline for a scheduled maintenance outage in September 2016, World Nuclear News (WNN) reported on Jan 2. Both the PHWRs and AGRs have the advantage of not having to be shut down during refueling. 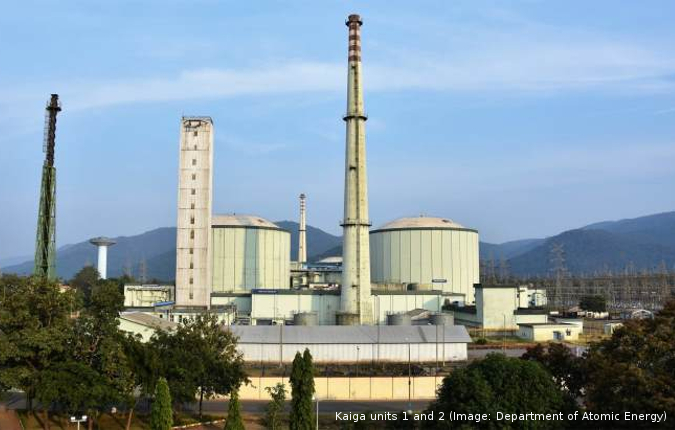 Kaiga 1 was taken offline on Dec. 31 for scheduled inspections and maintenance, Nuclear Power Corporation of India Ltd (NPCIL) announced. Kaiga 1 began initial commercial operations in 2000. In October, the unit set a new world record for continuous operation of a PHWR when it completed its 895th day of operation. The previous record for a PHWR was set in 1994 by Canada’s Pickering unit 7, with an unbroken run of 894 days’ operation.

Three of NPCIL’s reactors —Kaiga 1, Rajasthan unit 3 and Rajasthan 5— have now achieved continuous operating runs of over two years, the company said. Rajasthan 3 operated for 777 days, while unit 5 at the same plant completed a run of 765 days. NPCIL stated that, "The commendable role played by the Karnataka Power Transmission Corporation Ltd, Power Grid Corporation of India Ltd and Southern Regional Load Despatch Center by providing stable electrical grid conditions over years of operation, thereby preventing tripping of the reactor, has also been a crucial contributor towards achieving this milestone." Ramtanu Maitra